QuakeStar is an incorporated society formed to establish and operate an earthquake rating scheme for New Zealand buildings, including houses.

The aim is to improve the management of earthquake risk in the property industry by providing owners, tenants, users and the public a basic means to distinguish between buildings on the basis of assessed earthquake performance in terms of safety, damage and repair time. 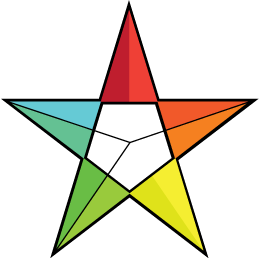 QuakeStar is a private sector initiative funded by stakeholders in the property industry, building users and the general public.

The intention is to establish the QuakeStar rating system in the property market so that, for purchase or rental transactions, insurance and funding, questions are always asked about earthquake performance. The market will thus learn to put a value on the assessed earthquake performance of buildings. Strengthening of buildings will be rewarded by higher market valuation and the costs involved will be seen as an investment, not simply added cost. When the market rewards better earthquake performance, owners would not need to wait for a major earthquake to obtain benefit from their investment. Such an outcome would be fitting legacy of the Canterbury earthquakes. Owners, tenants and the public would be more aware of earthquake risks, be better able to manage them and more informed on the role of engineering in mitigating them.

The QuakeStar approach is to use the data on the fundamental aspects that influence earthquake performance. The ratings are intended as a guide for the property industry as a high-level means of distinguishing between buildings. Interested parties would still need to review detailed reports on earthquake aspects (as they would for other attributes such as finishes or energy efficiency). Having a rating to distinguish between buildings has the advantage of raising and sustaining awareness of earthquake risk and thus prompting owner and user response. However, there is a danger that the ratings are seen as a prediction of performance in a real earthquake and owners and users may thus be upset if actual performance does not match reality. The challenge is for the community to see the advantages of sustained awareness of earthquake risk while at the same time accepting that prediction of performance is well-nigh impossible.

Get a QuakeStar rating for your House